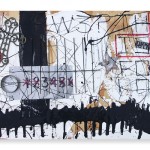 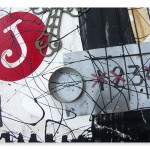 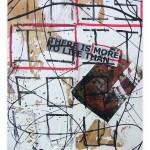 Walking outside in the cold grasp of a burning city. Claiming to be the second coming of Jesus Christ, she was screaming. There is more to life than this! There is more to life than this! Silence. Marching up and down the block like a rat in a cage she stopped when she came to each sidewalk’s end. Start counting. Not one, not two, not four, not five, not six. Three! Shrieking with the power of God flowing out of her face. Three! Three! Three! Then, like icicles fall from rooftops, her head fell off and floated away to be with the stars in the sky, in the galaxy… in the universe… in the heavens. Her body dropped. This is it for now. The city still burns… the city… still burns.