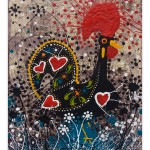 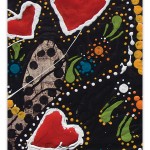 I GAVE MY MOM THE BIRD  (GIFTED)

I gave my mom the bird and she started to flip out. I looked at her, she looked at me and began to shout. I couldn’t understand the words coming out her mouth. She started crying and went to sit down on the couch. I never gave my mom the bird before. I gave one at a family party and later gave some more. It’s confusing to me because I always heard… that people get really angry when you give them the bird. But as far as I can see… everyone that I given the bird to gets extremly happy. I guess giving the bird is something that should be done. Hopefully I’ll be able to give the bird to everyone. 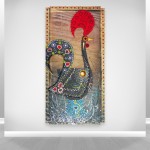 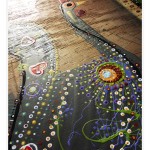 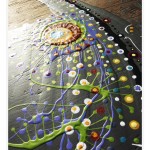 Barcelos is a town in Portugal. The town’s famous symbol is a rooster, in Portuguese called o galo de Barcelos (“the Rooster of Barcelos“). There is a legend associated with this rooster. One of the many versions of this legend goes that a rich man threw a big party. When the party was over, the rich man noticed that his sterling cutlery was stolen by a guest. He accused a pilgrim and let him go to court. He protested his innocence, but the judge didn’t believe him. The judge was about to eat a roasted rooster when the pilgrim said: “If I am innocent, this rooster will crow three times.” When the pilgrim was about to be lynched, the rooster crowed. The judge released the pilgrim. The story ends a few years later when the pilgrim returned and made a statue of the event. Now the rooster can be found in just about every home where you’ll find a Portuguese person.